Want to know more about our projects and products? Download our free catalog

Bens N.V. is in development on all fields. The slaughterhouse has recently been extended and completely renovated. In addition, the Belgian Westerlo company, where between 2,500 and 3,00 pigs are processed daily, has chosen to (fully) automate all business processes as much as possible. That also applies to crate washing. Thanks to Unifortes, Industrial Cleaning Systems and Viscon Group a 33 meter long automatic crate washer has been realixed at Bens for cleaning and labeling E2 crates. "Two things have been the deciding factor: the security of the final result and the relatively shorter payback period, because we only do an investment if it profits", says CEO Marcel Laeremans confidently.

For this project, the Dutch Unifortes worked closely with Viscon Group from Belgium. “We are active in all kinds of sectors. We are basically two identities, but more or less one and the same company. We are specialized in cleaning equipment and Viscon in material handling. In this way we can offer all expertise under one roof, as we have done with Bens”, says Roy Kranendonk of Unifortes. Jens Vanbelle from Viscon adds: “We do both small stand-alone washing installations and turnkey total projects for large industry. In addition to the meat processing industry and poultry processing, we also realize projects in the fresh produce, cheese processing, horticulture and other industries.”

The high degree of expertise, the required flexibility and the willingness to jointly make it a success were reasons for Bens to eventually go into business with Unifortes/Viscon. “We challenged them”, Laeremans laughs. “We wanted an automated washing line for our E2 crates, which had to be stripped of labels and stickers every wash. China once started to make that a hard requirement. If there is a remnant of a (beef) sticker or label on the crate, the export approval can be withdrawn. A fallout is deadly for a company like ours. We just don’t want that. Almost all countries have now adopted this ‘sticker requirement’. Removing the stickers used to be done manually with crabs. That was intensive work, which was done manually. We wanted this process to be as automatic as possible.” “We submitted our request to a number of suppliers. Then we received several proposals, but with Unifortes the feeling was the best. That certainly had to do with the way Unifortes handled our application,” director Maurits Vanden Avenne of Bens confides to the editors. Laeremans: “We have been to various places in the Netherlands and Belgium to look at the washing machines that are in use elsewhere, from potato processors to fish processors. Unifortes was by far the most flexible. There was plenty of testing and they set the bar very high themselves, so that there is a high certainty of results.”

Kranendonk indicates that the project as it was realized at Bens ‘has become a joint development resulting into a complete washing line’. “We thus came to a washing line where the crates are rotated in the middle of the line, so that the labels on all four sides of a crate can be removed. First wash the short side and remove the labels, then turn and then remove the labels on the long side. The crates are also guided with the opening downwards after washing, so that no drop of moisture can remain behind after washing, but neither can any contamination get into the crate,” says Kranendonk. Vanden Avenne: “There are customers who want their meat in the crate immediately, ie without packaging. After washing, the crates must not only be free of labels and glue residue, but the crate must also be bacteria-free.” The 33 meter long car wash (including automation, the washing installation itself is 19 metres) realized at Bens, is built from four pillars, the well-known Sinner Circle. Vanbelle: “The residence time of a crate in a washer, the temperature of the washing water, the power of the water (pump and pressure) and the chemicals that are used,” he explains. Kranendonk: “Based on the experience of other projects, we knew what was needed to make this project a success. We have carried out many tests in our own test center. This showed that the entire process needed a few extra seconds to increase the result. We have therefore placed an intermediate module for an extra residence time of the crate. The pollution is soaked a little longer, so that the effect is optimal. We have loads of experience with filtration from the horticultural sector. We have applied that expertise in our line for Bens, which is truly an example of customization.” That piece of customization is certainly in the filter. “It can remove coarse dirt residues, but the biggest challenge is removing the stickers. The water that is needed for this is taken from the tank and filtered at 30 microns. That water can then be reused in the high-pressure system. We work with sensitive pumps, in which we have adapted certain components, with an internal drum and special sealing mesh to achieve a fine mesh size. The pumps also have a flushing function, so that they can be flushed out. That makes our washing line really unique!”, says Kranendonk.

‘WE SAVE WATER AND THEREFORE MONEY’

The enthusiasm about Unifortes’ crate washing line can be heard in Laeremans’ voice. After an extensive test phase, the line was completely set up at the slaughterhouse in Westerlo at the end of June. Every week 20,000 crates are cleaned at Bens. “We bought this machine partly to use less water. More with less, so to speak. We now save 3.5 times as much water as in the old situation. If you consider that the water costs 12.00 euros per cubic meter (twice as much as in the Netherlands, ed.), then you understand how happy we are with this solution, because you need a lot of water to make a crate label-free. This is now done with ‘recovery water’ and we therefore save money with it.” “The washing and blow-off results must be excellent, but we only invest here in new machines and lines that have a short payback period (up to 3.2 years). That’s a rule I’ve been using for years. You can look at washing machines as a cost item, but that depends on your point of view. A clean crate yields money. You don’t need plastic packaging and you save a lot of water and electricity. That is why we are so happy with this line,” Laeremans says honestly. The washing line is set up in an otherwise virtually empty industrial hall. The fact that the line has a small footprint is nice in many ways, says Kranendonk. “The line has an open structure and is compact in layout”. Finally, Jens says: “We are using a faster and more compact double destacker. We used to need a quadruple destacker for 1,500 crates per hour. We also provide a unique ascending area before and after the car wash so that employees can easily reach everything around the machine.” 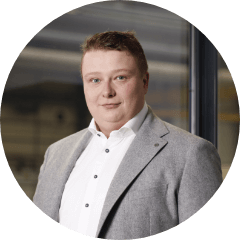 More about this subject?

Taking service to a higher level with our new warehouse

In conversation with: Carlos de Magalhaes

Insect production for feed and food

The MIA / Vamil arrangement makes an investment even more attractive!

This website uses cookies to improve your experience while you navigate through the website. Out of these, the cookies that are categorized as necessary are stored on your browser as they are essential for the working of basic functionalities of the website. We also use third-party cookies that help us analyze and understand how you use this website. These cookies will be stored in your browser only with your consent. You also have the option to opt-out of these cookies. But opting out of some of these cookies may affect your browsing experience.
SAVE & ACCEPT